For the longest, I didn’t really understand why creamed corn was a thing. But then, I opted for the cheesy corn as a side at Jack Stack BBQ in Kansas City & it was so. freaking. delicious. This recipe is my take on cream corn, inspired by what the folks at Jack Stack are whipping up. It’s so good, it sits next to the turkey & mashed potatoes on Thanksgiving. 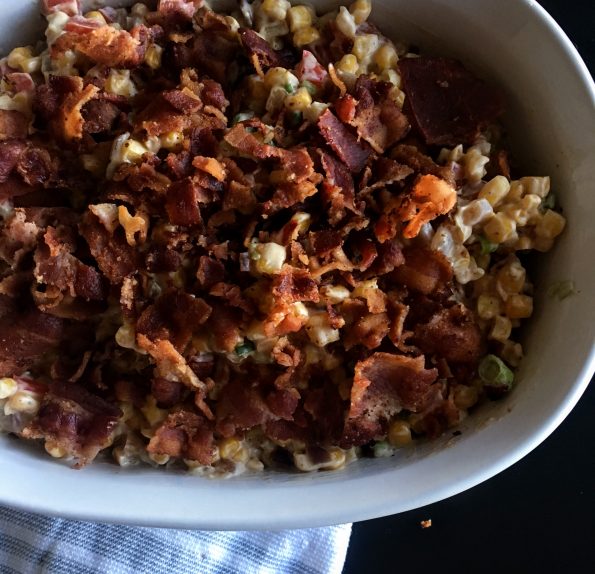 Did I mention bacon?

That’s how every good recipe starts. While the bacon crisps, chop the pepper & onion to just about the same size as a kernel of corn. 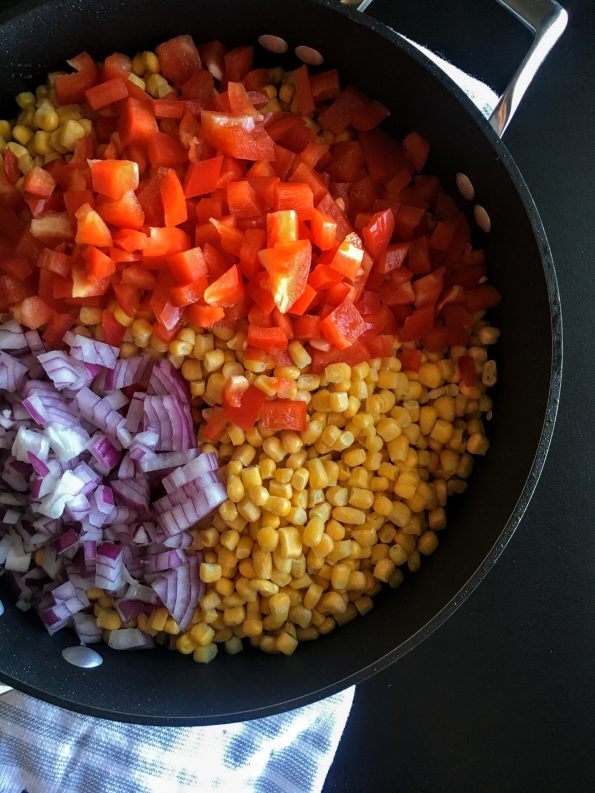 After crisping the bacon, drain most of the grease from the pan, leaving the fond (those are the tasty brown bits). Toss in the peppers, onions, & corn and sauté until soft.

Reduce the heat and add the cream cheese & milk. Stir until well combined. Add in green onions and salt & pepper to taste. 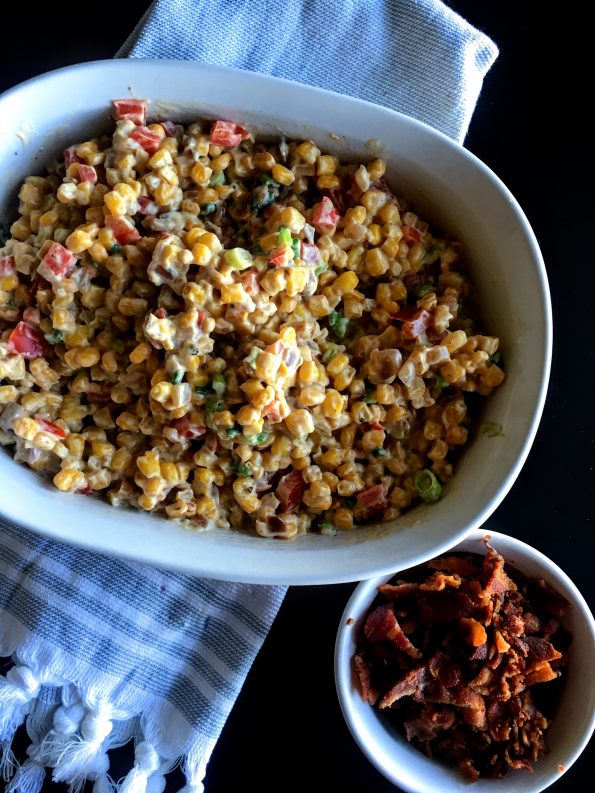 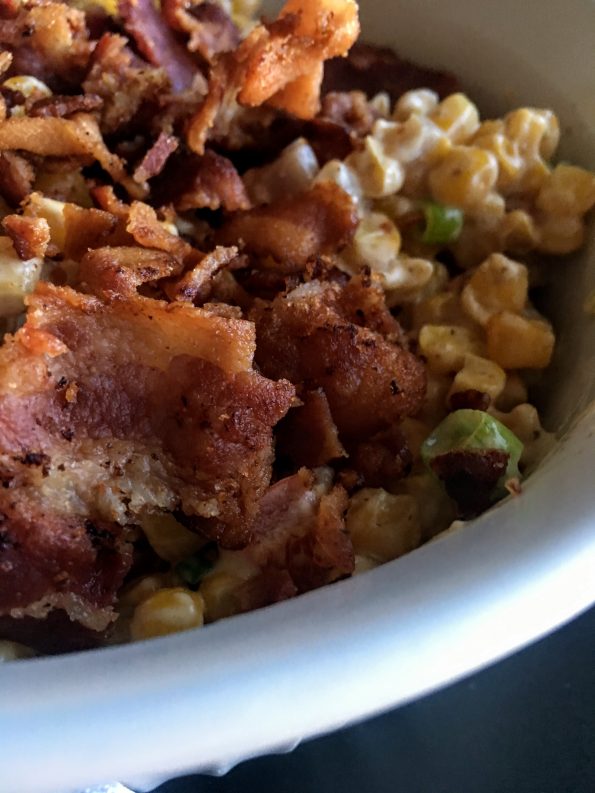 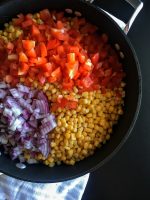