I was first introduced to Mexican street corn, aka Elote, at the Cinco de Mayo celebration in my hometown. It was SO GOOD! I’ve made it myself a few times and thought, gosh this would be much easier to eat if I cut the corn off the cob & stirred in all the ingredients. And thus, the recipe testing ensued. It’s pretty freaking tasty, the toppings don’t fall off, and you won’t need a tooth pick after eating. Win, win win! 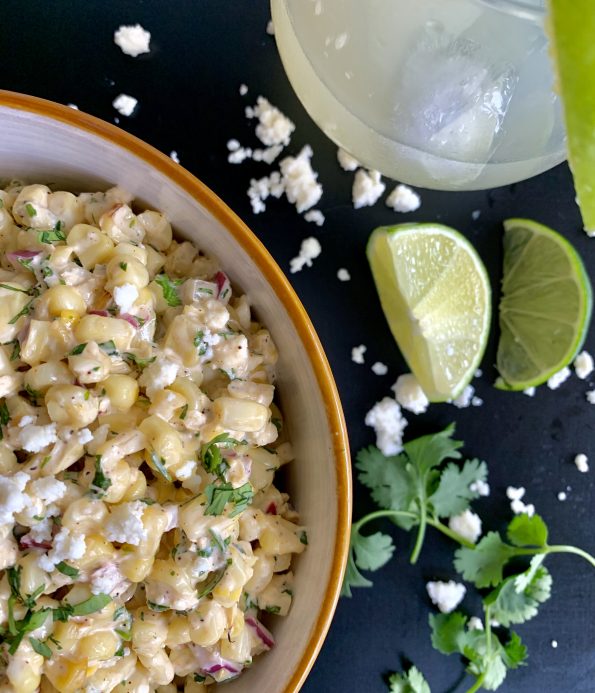 It starts with some fresh corn on the cob. It just started popping up in grocery stores for the season here in Colorado. Back home, you just grab a few ears & take them home to shuck but apparently, up here folks shuck their corn in store??? 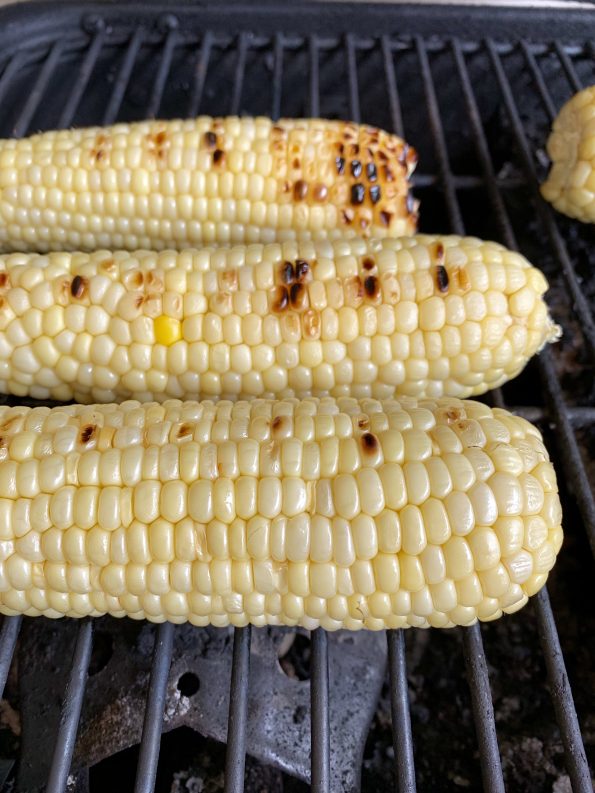 Once you shuck your corn, wherever you decide is best, spray with some cooking spray (please not pam and preferably a high temp oil since these puppies are about to go on the grill! I like this one & they just started selling it at Costco 🎉)

Grill on medium heat for about 20 minutes, or until the kernels are tender, turning halfway through. 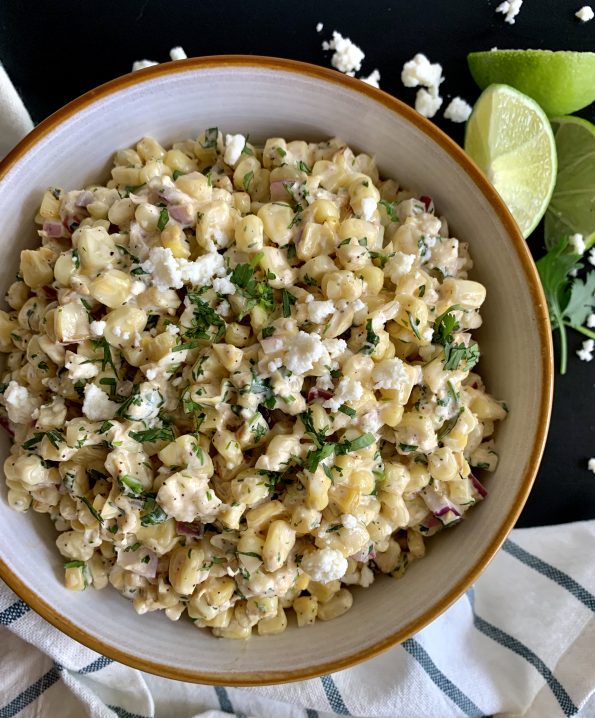 While the corn is grilling, prep your other ingredients: dice some red onion, mince some cilantro, crumble some cotija cheese, and measure out the sour cream and mayo. For the spices, I use a combination of salt, chili powder, and garlic powder. If you can find it, I recommend Tajin or Trader Joe’s chili lime seasoning but I couldn’t find Tajin & was out of the TJ’s version.

When the corn is done, let cool before cutting it from the cob. If I’m in a hurry, I’ll pop them in the freezer to chill out. Once cooled, cut the kernels from the cob into a medium sized bowl. Add in the onion, cilantro, mayo, sour cream, lime juice, and spices. Stir until well combined and salt more to taste as needed. 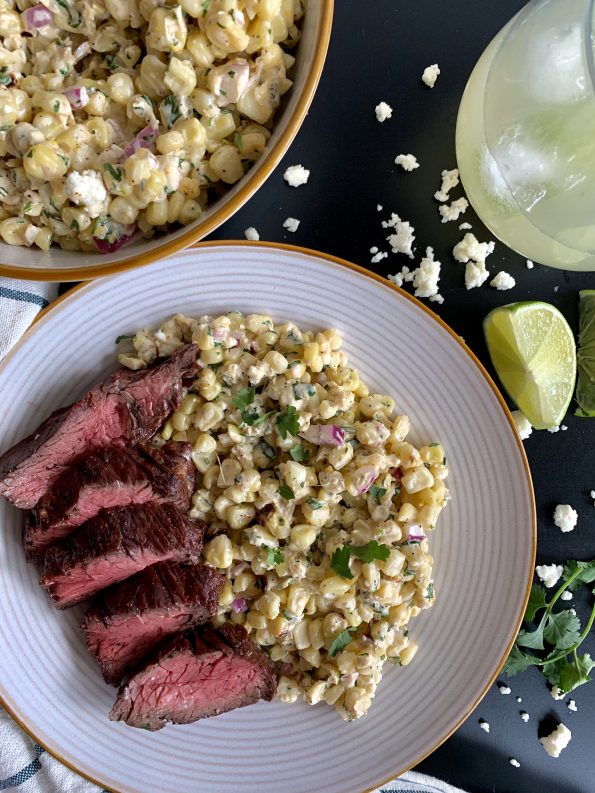 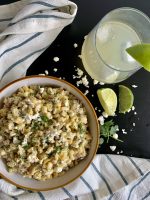 Mexican Street Corn Salad
A cleaner way to eat a summer classic, Mexican Street Corn aka Elote! A combination of sweet, smokey, creamy, salty, and tangy - this salad is the perfect side dish to any summer party.
Ingredients
Servings: servings
Instructions
Recipe Notes

You can substitute Tajin or Trader Joe's Chili Lime Seasoning for the other seasonings.