I can’t be the first person to do this, right? Cookie Butter Cinnamon Rolls: Trader Joe’s Cookie Butter rolled up inside of soft dough with cinnamon & brown sugar, baked until golden brown, and topped with cream cheese frosting. 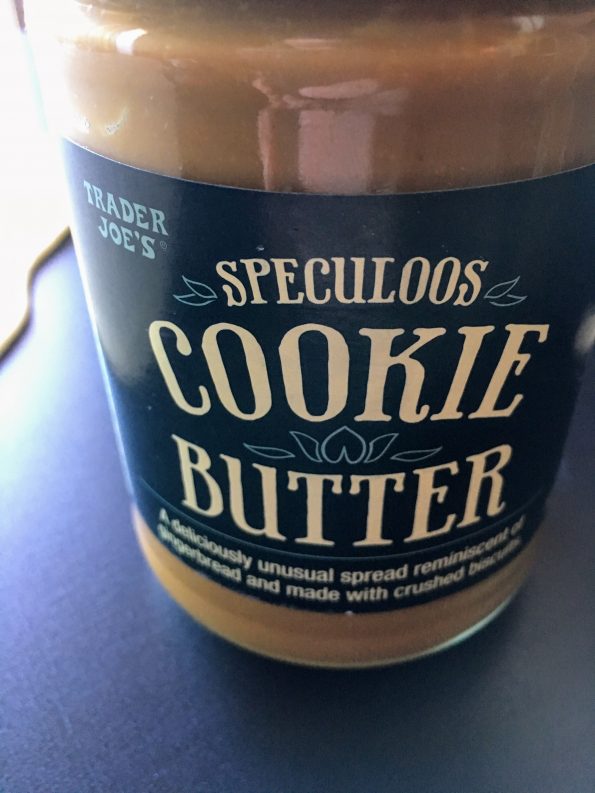 It’s even better than it sounds.

They start with the dough that I would like my bedsheets to be made of.

First, bloom yeast in warm water and sugar. While the yeast wakes up, mix butter, milk, sugar, and egg together. 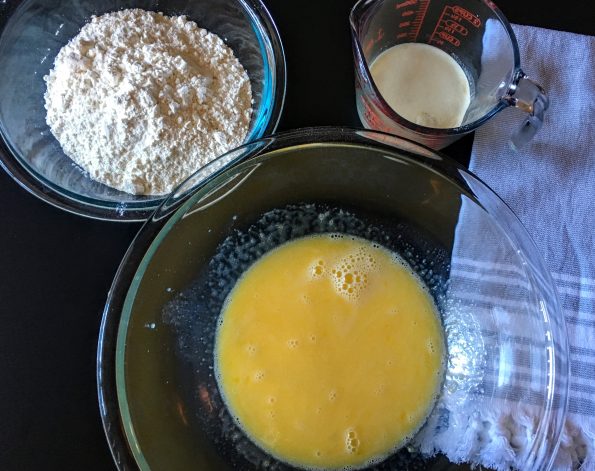 Slowly stir 2 cups of the flower into the egg mixture until smooth. 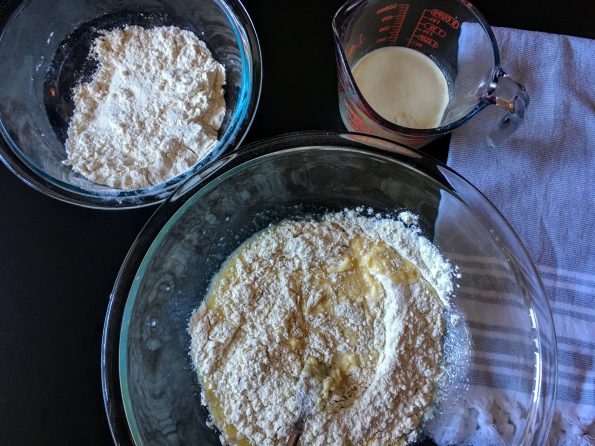 Then stir in the yeast mixture. From here, add the flour a half cup at a time until the dough is soft. 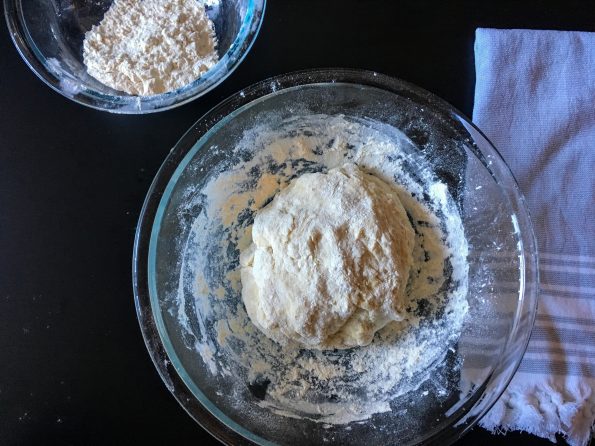 I ended up using about 3 1/2 cups total but in more humid weather, you may need 4+ cups. 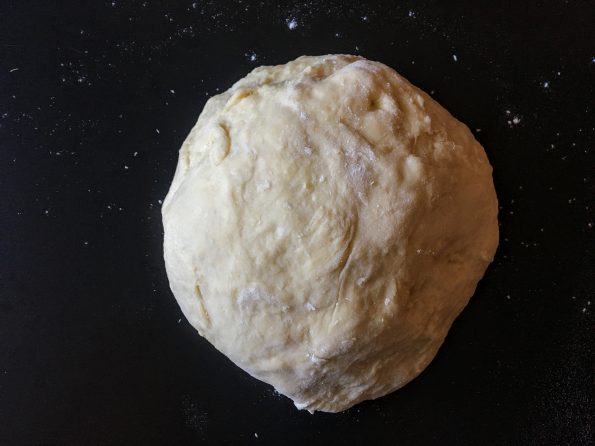 When the dough is soft, knead for 8-10 minutes. 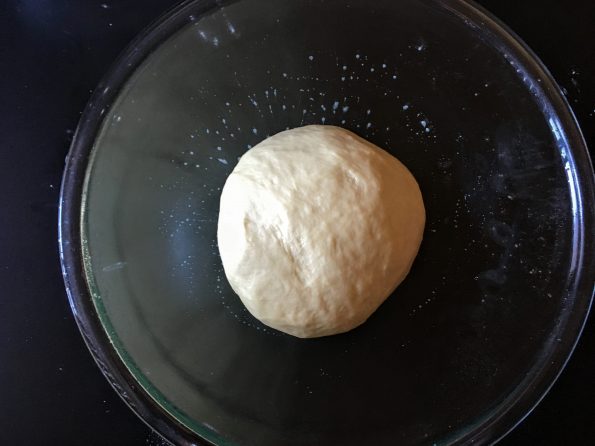 Let her nap in a buttered bowl and cover with a dish towel for about an hour.

Once she’s doubled in size, make another mess on your counter.

Flour the surface and roll out the dough into a rectangle(ish) shape. It should be about 1/3 inch thick and silky smooth. 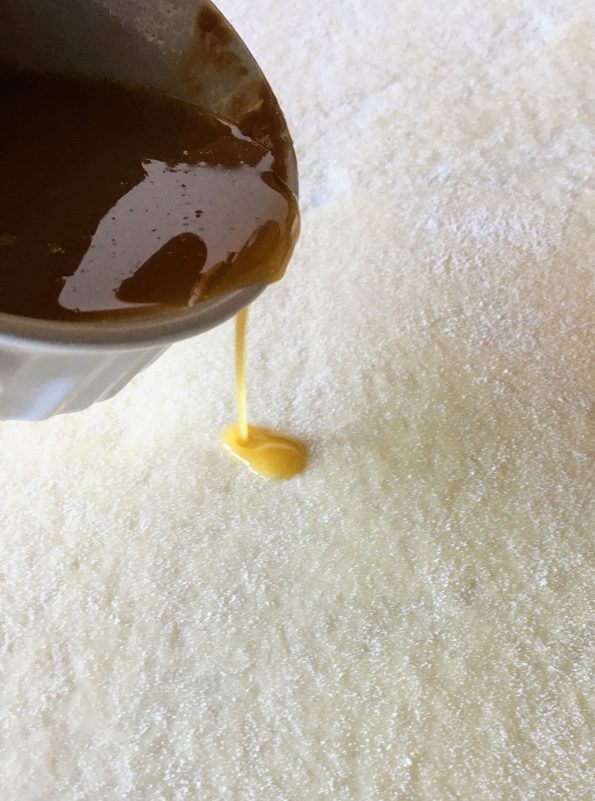 Now the filling! Melt the butter and cookie butter together so it spreads more easily over the dough. Then sprinkle on the cinnamon & sugar. 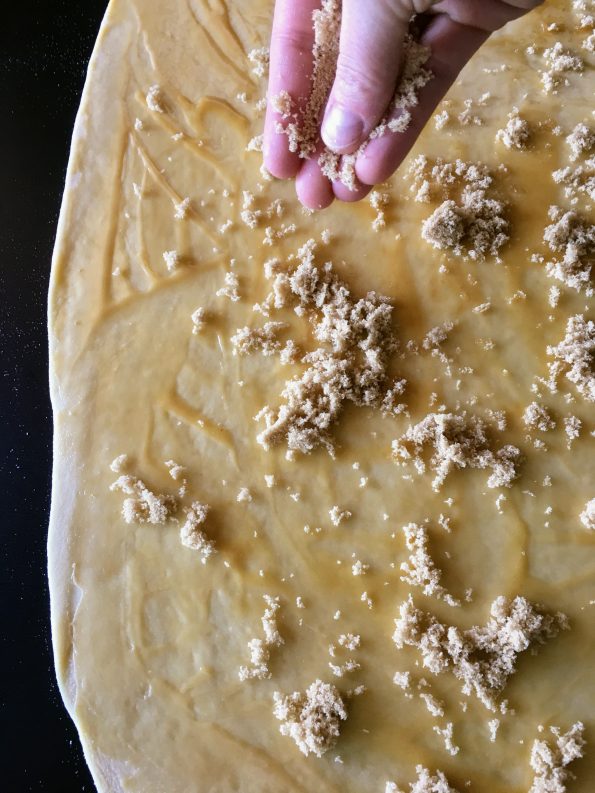 Then, add some more.

But really, this is when I suggest using the recipe as just guidance and adding as much cinnamon & sugar as your heart desires. 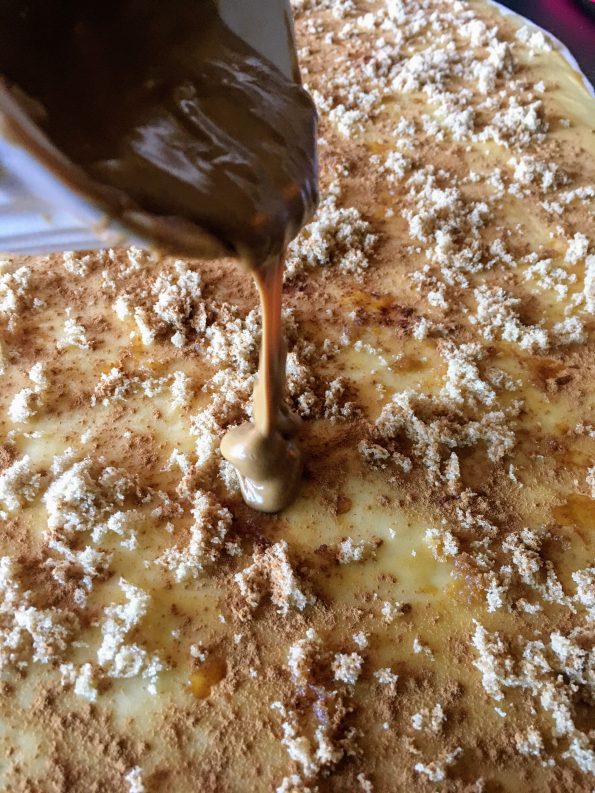 And roll her up! 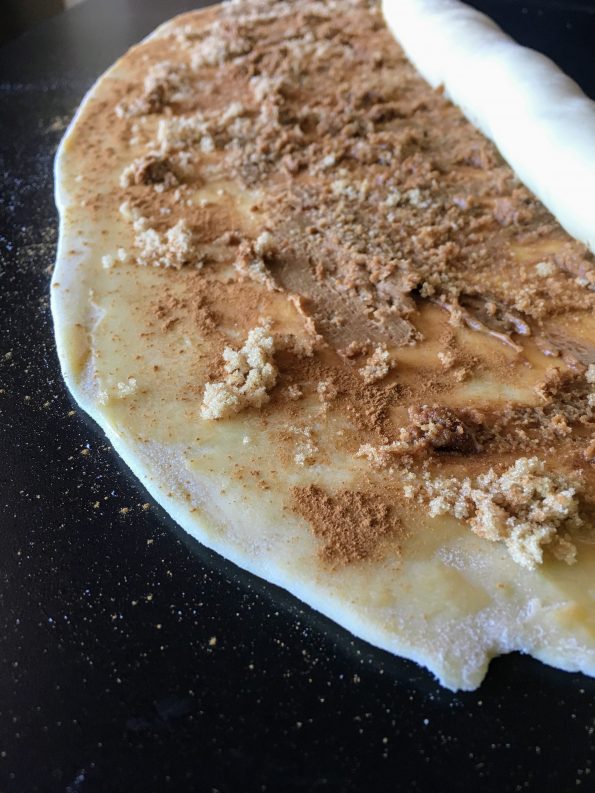 Slice into about 1 1/2 inch rounds and place in greased baking pans. I recommend using the disposable tin rounds so you can gift the joy of eating these to someone else. 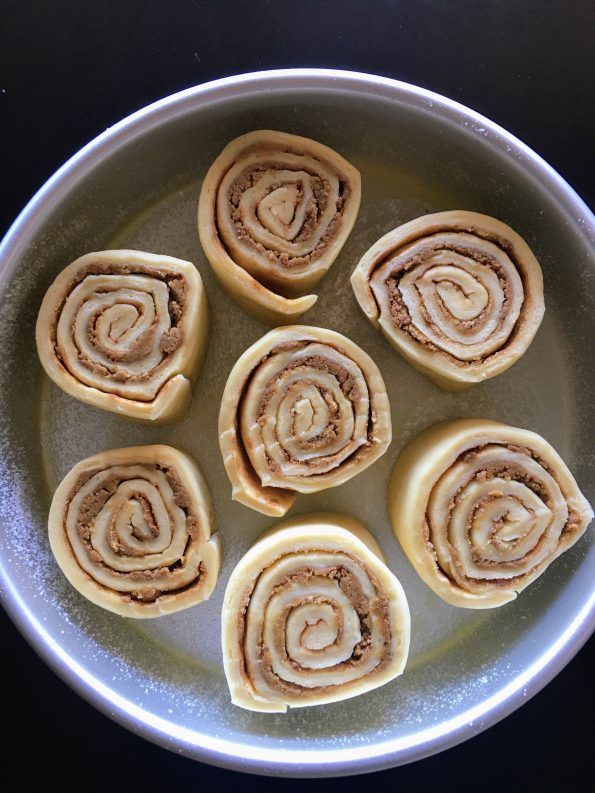 While the cinnamon rolls bake, prep the frosting. But not just any frosting, 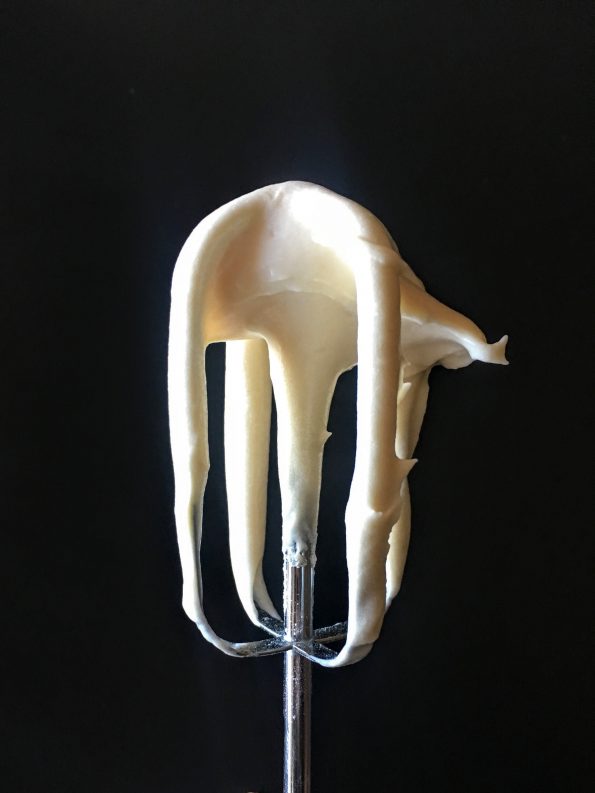 Combine softened butter, cream cheese, and COOKIE BUTTER with only a slightly ridiculous amount of powdered sugar and a splash of vanilla. 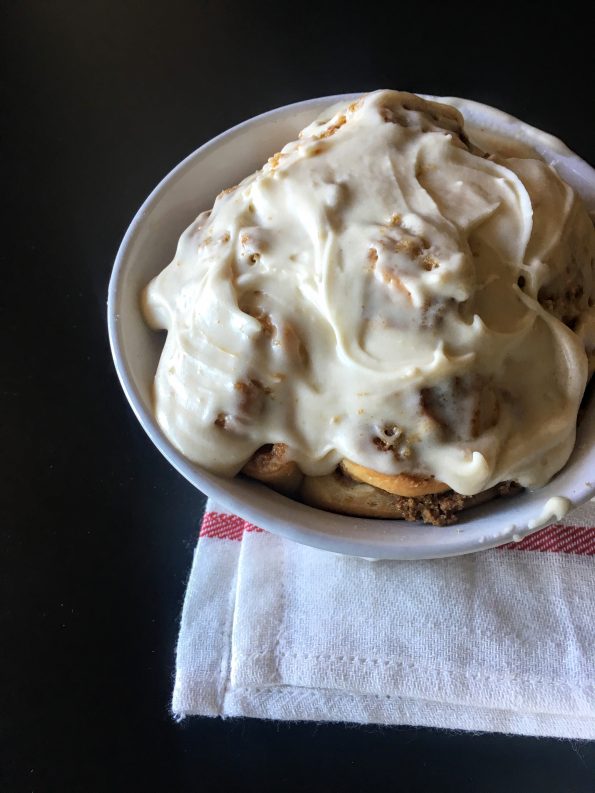 When the cinnamon rolls are golden, let them cool for just a couple minutes and add the frosting while they’re still hot so it can melt into all the cracks. 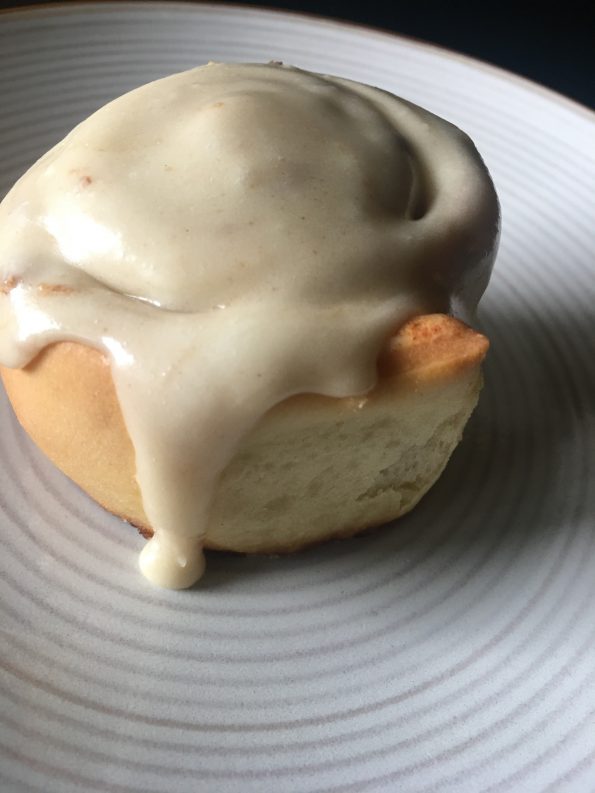 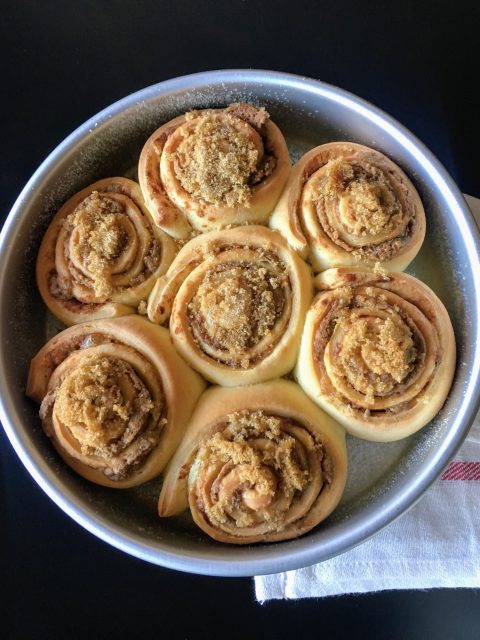